We were fortunate enough to install a full new heating system & biomass boiler from scratch for a large commercial company in Scunthorpe. Their building was originally powered by gas but the heating needed a full upgrade as it was very inefficient for the buildings’ energy demands. To re-do the plumbing and heating on the whole site would be a very costly project, so we suggested a biomass boiler as an alternative.

After 18 months of the Biomass being installed, it’s fair to say that the installation has been a success. The system is on track to earn the company around £9k in its first year. With the RHI running for 20 years, as of next year the system will have paid itself off and be a profitable investment. 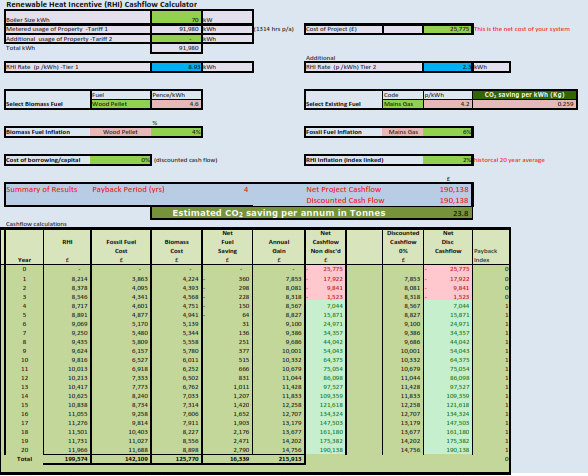 Talk to our dedicated team for a free quote

Our team are here to help

Alex and her team love talking energy and can help you find the right solution for your job. Get in touch with her weekdays 9-5 by calling:

Or request a callback by simply filling in the form below